MOROCCO: Wearing the hijab may not be an ‘Islamic duty’ says university | WNN – Women News Network

Palestinian: US supports 'an apartheid system that is suffocating us' - World News

She draws mixed reactions in a country accustomed to first ladies with Western looks and degrees.
Read the entire story here:
http://www.washingtonpost.com/world/middle_east/egyptian-first-lady-to-be-naglaa-ali-mahmoud-blends-in-but-sparks-debate/2012/06/28/gJQAqTTZ9V_story.html&wpmk=MK0000200 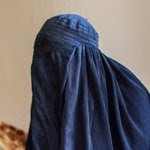 A young woman's accusation of rape and abduction against a local police unit highlights the persistence of tribal custom, the fragility of newly legislated protections for women, and the power of armed men.

WASHINGTON (AP) - For tourists struck by the summer heat in the nation's capital, a quilt might be the farthest thing from their minds. But thanks to the NAMES Project Foundation, one quilt in particular is stealing the show at the national Mall.

To mark its 25th anniversary, the AIDS Memorial Quilt has returned to Washington as part of the Smithsonian Folklife Festival. It's the quilt's first appearance on the Mall since 1996. Each of the 8,000 panels of the quilt on display for the festival memorializes a man or woman who died battling HIV/AIDS.

When the quilt was here 16 years ago, the entire thing stretched across the Mall. At 1.3 million square feet, organizers say today's quilt is too large to be displayed in full.

Most of the panels sent in come from friends, family or loved ones of those who died of HIV/AIDS. At the onset of the project in 1987, organizers believed the disease would be cured and the squares would be taken apart and sent back within five years, said Julie Rhoad, NAMES Project Foundation executive director.

Rhoad said the foundation has made a lot of progress in 25 years towards educating the public, but there still is not a cure.

"I think that we've come a long way," Rhoad said, "but the question is: 'Do we settle on where we are right now?'"

Almost 35,000 people were diagnosed with AIDS in 2009, according to the Centers for Disease Control and Prevention. Though medication exists to slow HIV from becoming AIDS, the agency says these treatments must be taken daily for the rest of the patient's life.

"The least among us don't have access to quality care," Rhoad said.

At the opening ceremony for the festival held Wednesday, Rep. John Lewis, D-Ga., said the AIDS Memorial Quilt symbolizes a need for people "to learn to live together."

"The AIDS Quilt is saying we all live in the same house, the American house, the world house," Lewis said. "We can never, ever leave this house, so together we must build a world community that is free from disease and is finally at peace with itself."

For those unable to get to the Mall to see the quilt in person, researchers from the University of Southern California created a website for the Names Project Foundation that launched at the festival Wednesday.

Organized alphabetically by first name, it allows users to see blocks dedicated to specific people, their name, city, date of birth and date of death if that information is available, and the block's location among those laid out on the mall. Users can also post stories and comments alongside squares of the quilt displayed online. Those at the event can use it to locate specific panels laid out on the mall.

The standard size of a panel is 6 feet-by-3 feet. Eight panels make up one block, and on the Mall, four blocks were cable-tied together to form what they refer to as a patch, with an area of about 576 square feet, bigger than some D.C. studio apartments.

Many of the panels on the Mall indicate birth and death dates of the people they memorialize.

Festival visitor Nancy Bard of Seaford, Del., was surprised to see that she was born in the same year as many of those who had passed away.

Since the first cases of AIDS appeared in the United States more than 600,000 people diagnosed with the disease have died, according to the CDC.

"I think people have put their heart and soul into this," Bard said, "and I'm surprised. As I see them, you know it hits home how many people have and are dying from AIDS."

Kelly Rivera Hart, a volunteer for the NAMES Project Foundation from San Francisco, contributed a panel this year in honor of his friend, Rick Flener, who succumbed to AIDS in 2002.

The panel for Flener is a blue rectangle with a disco ball in the left-hand corner made from shiny fabric Hart found in the Haight-Ashbury district. Clear letters written on the panel spell out one of Flener's favorite jokes and qualities that friends and family remember about him: "his sweet smile," ''his warm friendship" and "silliness."

Hart became involved with HIV/AIDS activism when he received his diagnosis in 1992. He said finding out he had HIV woke him up.

"I thought, you know, I need to be doing something with my life," Hart said.

After his diagnosis, Hart began taking medication to treat the disease, which he said gave him nerve damage, forcing him to give up running and going out dancing four nights a week.

"Things slow me down," Hart said, "I'm not letting them stop me."

The Folklife Festival also contains an exhibit called "Citified" that displays art from southeast Washington D.C. and one called "Campus and Community," celebrating colleges established by land grants in 1862. Those exhibits and the AIDS Memorial Quilt exhibit will run from June 27 to July 1 and July 4-8.

To prevent mailbox filters from deleting mailings from National Gay and Lesbian Task Force, add Media@theTaskForce.org to your address book.

Remove yourself from all mailings from National Gay and Lesbian Task Force.

Pool of American imams too small to meet the demand

To prevent mailbox filters from deleting mailings from National Gay and Lesbian Task Force, add Media@theTaskForce.org to your address book.

Remove yourself from all mailings from National Gay and Lesbian Task Force.

A story from AP Mobile:

Download the free AP Mobile for iPhone and iPad from the App Store today! or visit getapmobile.com for support on Android, Blackberry, WP7 and other devices.