The Honorable Lord Krishna: A Prophet Of Allah - The Huffington Post

"Have we been systematically desensitized so that the default for a turban and a beard translates to a potential terrorist? Sikhs haven't been simply misrepresented as Muslims, but they have been wrongly identified with a strand of the faith that is beyond the comprehension of the overwhelming majority who practice Islam."

A story from AP Mobile:

Glasses look to keep Israeli women out of sight

JERUSALEM (AP) - It's the latest prescription for extreme ultra-Orthodox Jewish men who shun contact with the opposite sex: Glasses that blur their vision, so they don't have to see women they consider to be immodestly dressed. In an effort to maintain their strictly devout lifestyle, the ultra-Orthodox have separated the sexes on buses, sidewalks and other public spaces in their neighborhoods. Th...

Download the free AP Mobile for iPhone and iPad from the App Store today! or visit getapmobile.com for support on Android, Blackberry, WP7 and other devices.

NYTimes: What’s So Bad About a Boy Who Wants to Wear a Dress? 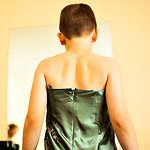 Kaur: Today, we are all American Sikhs

As a Sikh American whose grandfather sailed by steamship from Punjab, India, and settled in California 100 years ago, my family's story spans the struggle of Sikhs in America. Donning a turban and long beard, my grandfather tamed the hard floor of the Central Valley on a John Deere tractor in the early 1900s. Sikh pioneers such as my grandfather could not own land or become citizens because of the color of their skin, but they stayed and farmed, weathering race riots and decades of second-class treatment until the law permitted their children and grandchildren to become citizens.
http://www.cnn.com/2012/08/06/opinion/kaur-sikhs/index.html?c=&page=0

Conservatives in Congress Objected to DHS Report on US "Ringtwing Extremism"

From the NY Times

Analysts for the F.B.I. and the Department of Homeland Security routinely monitor violent extremist Web sites of all kinds, including those attracting white supremacists, according to former officials of both agencies. But the department's work on the topic has been criticized. In 2009, conservatives in Congress strongly objected to a department report titled "Rightwing Extremism," which speculated that the recession and the election of a black president could increase the threat from white supremacists.

Janet Napolitano, the homeland security secretary, withdrew the report and apologized for what she called its flaws. Daryl Johnson, the homeland security analyst who was the primary author of the report, said last year that after the flap, the number of analysts assigned to track non-Islamic militancy had been reduced sharply. Homeland Security Department officials denied his assertion and said the department monitored violent extremism of every kind, without regard to its religious or political bent.

NYTimes: Wisconsin Killer Fed and Was Fueled by Hate-Driven Music

Wade Michael Page, who the authorities said killed six people at a Sikh temple, was a white supremacist who performed in a racist rock band.

Ever since they arrived in the U.S. as farmers and lumber mill workers in the late 19th century, Sikhs have struggled with how little Americans knew about the faith.

In 1907, a mob in Bellingham, Wash., who called Sikhs "the Hindus," ran them out of town. (Bellingham officials apologized formally 100 years later.)

Over time, they established themselves in the United States with major temples from Boston to California. Still, they remained a small, often misunderstood community, readily identifiable by their turbans. During the 1970s Iranian hostage crisis, Americans often mistook Sikhs for Iranians. Vandals attacked some temples after the Oklahoma City bombing, committed by white U.S. Army veteran Timothy McVeigh.

"When you walk out, all eyes are on you. You get used to it, but it's tough," said Vishavjit Singh, a Sikh software engineer from White Plains, N.Y. "I've had people calling me 'Osama' and saying, 'Go back home.'"

The massacre Sunday at the suburban Milwaukee Sikh temple left six Sikhs dead and several people wounded, including a police officer who responded to the scene. Authorities have identified the gunman as Wade Michael Page, a 40-year-old Army veteran described by civil rights groups as a neo-Nazi and white supremacist. Police have called the attack Sunday an act of domestic terrorism.

For Sikhs, the attack was the latest - and worst - of a string of horrific assaults on their community. Many of the recent attacks have been outright hate crimes. Others remain unsolved.

Just four days after the 2001 attacks, Balbir Singh Sodhi, a gas station owner in Mesa, Ariz., was shot and killed by a man who mistook him for a Muslim and was seeking revenge. Last year, a New York City subway worker and Sikh, 30-year-old Jiwan Singh, was assaulted on a train and accused of being related to Osama bin Laden. His son had been attacked two years earlier. In Elk Grove, Calif., a Sacramento suburb, two Sikh men were fatally shot last year during an afternoon walk. No one has been charged with the crimes.

Sikhs leave their hair uncut and covered by a turban as outward demonstrations of and reminders of their faith. For the same reasons they carry a small ceremonial dagger, called a kirpan.

"They are identifiable. Both Muslims and Sikhs are visible minorities," said Diana Eck, a Harvard University professor and director of The Pluralism Project. "Both have been subject to misapprehension and targeting as a result of ignorance and prejudice."

As early as the 1990s, Sikhs in Washington and other major cities began organizing, building relationships with leaders of other faiths, Eck said. But after the Sept. 11 attacks, Sikhs around the country reached out with more urgency. Like American Muslims, they organized open houses at their places of worship.

The Sikh Coalition, a New York-based civil rights group, formed about one month after the attacks from a volunteer effort to protect members of the community. The group has since reported more than 700 hate crimes and has fielded hundreds of complaints about unfair treatment at airports. In April, the coalition unveiled a free mobile application, FlyRights, which allows travelers of all backgrounds to complain immediately to the government if they feel they've been treated unfairly by airport screeners.

The coalition and another group, the Sikh American Legal Defense and Education Fund, have been taking on cases of Sikhs who say they have been pressured by employers to stop wearing their turbans on the job. In June, the White House held what is believed to be the first briefing on Sikh civil rights.

It's a significant effort for a group that remains a tiny minority in the United States. Of the 27 million Sikhs worldwide, the majority live in India, where the religion was established in the 15th century.

The exact number of Sikhs living in America is not known. Estimates range from 200,000 to 500,000. Many left their homes in the agricultural Punjab province, known as the breadbasket of India, and arrived first in the West and Pacific Northwest in the late 1800s.

The first major temple was built in 1912 around Stockton, Calif., but like other immigrants, Sikhs were not allowed to bring their spouses to the United States, which restricted their numbers. When President Lyndon Johnson eased immigration quotas in the 1960s, Sikhs began arriving in larger numbers with their families. Temples were built around Boston, Chicago and other parts of California.

Yet, no matter how established they felt in the United States, many Sikhs felt misunderstood. In recent years, many young Sikhs have cut their hair or worn baseball caps instead of turbans to avoid standing out. Vishavjit Singh, cut his hair for years, but has returned to the faith and now wears a turban.

If you're having trouble viewing this email, you may see it online.

"People have said to me, 'Get that f'ing rag off your head,' 'Get out of here, terrorist,'" he said. "It's commentary they think is funny and it happens at least half a dozen times a year."

Two days ago, while attending a meeting at his local library as a board member, he says he encountered a teenager who turned to a friend and said, "Here comes bin Laden."